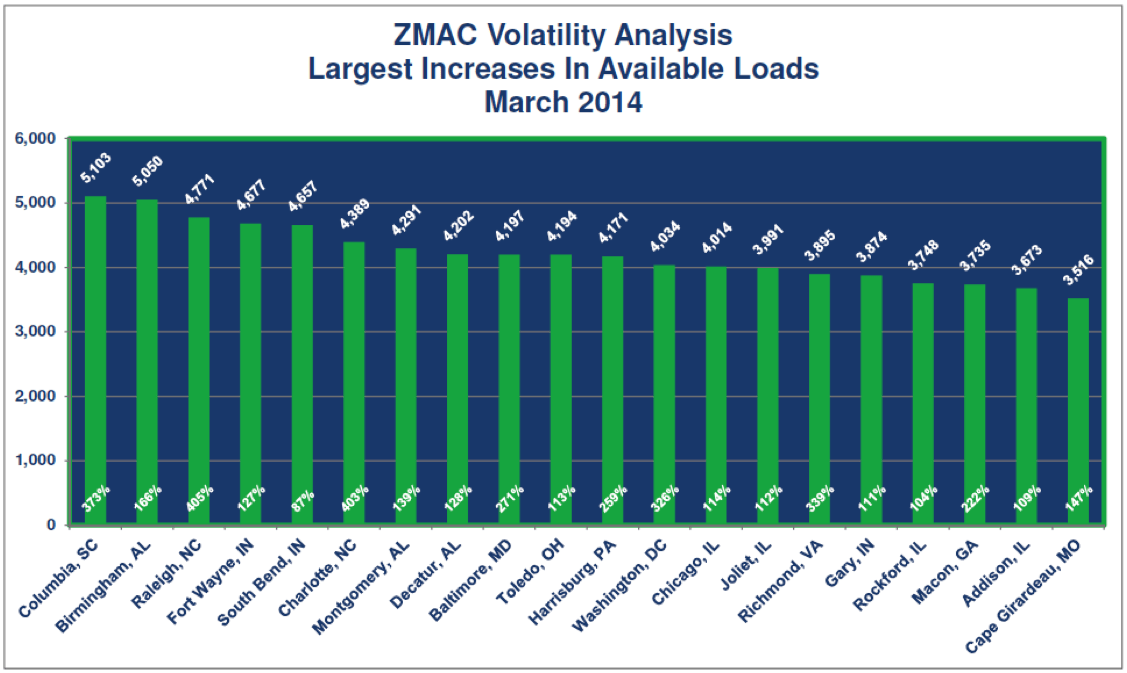 Over the past month, the number of available loads has continued to climb, peaking at double the highest total seen last summer.  The Great Lakes and South Atlantic areas continue to have strong gains in available ‘outbound’ loads.

The economic model of ‘supply and demand’ plays an important role in price determination in our market.   The chart below illustrates the volatility of demand in the past month.   At some point in March, the noted areas of load origin experienced sharp increases in the total number of available loads.  For instance, for one week in March, the Columbia, SC area experienced an increase of 373% over their 90 day average number of available loads; a jump of 5,103 total loads.

The result of these dramatic increases in available loads was seen in rate spikes to move the loads, as there were not enough available trucks to handle the demand.