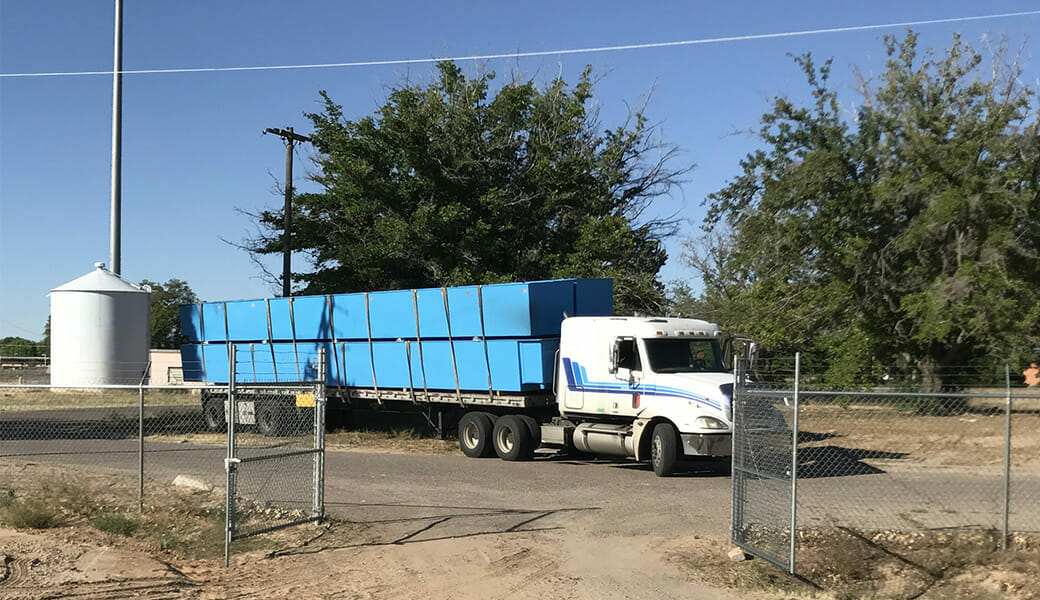 In 2017, we shared two stories behind some very special shipments. (Read here for more on our involvement in Hurricane Harvey relief and Japan’s post-Tsunami efforts to decontaminate their water supply.) These stories reinforced ZMac’s awareness that what we do, day in and day out, can change people’s lives. While we continue to find ourselves making a difference in the wake of natural disasters, sometimes it’s nature itself that comes calling for our help. That was the case last spring when we got involved in the conservation of an endangered species: the Rio Grande Silvery Minnow.

Survival of a Species

The Silvery Minnow skims the bottom of rivers and streams, playing a pivotal role in keeping water clean by eating bad algae. Once a thriving fish species, the Silvery Minnow occupied 2,400 miles of the Rio Grande and one of its tributaries, the Pecos River. Their drastic population decline is directly linked to changes made to the Rio Grande in the mid-20th century to prevent flooding and deliver water to cities and farms.

The federal government’s work to dam, divert, and channel the river was very successful. It was so successful that it transformed the Rio Grande’s entire ecosystem including its water quality, temperature, and overall habitat. The Silvery Minnow needed flowing water to spawn and shallow eddies to survive. And there just wasn’t any of that left in the Rio Grande. In 1994, the U.S. Fish and Wildlife Service listed the Silvery Minnow as an endangered species.

What’s the Story Behind the Shipment?

Conservation groups began the difficult job of developing a recovery plan for the Silvery Minnow. These plans included breeding fish in a controlled environment and releasing hundreds of thousands of minnows each year. Today, most of the Rio Grande’s Silvery Minnows come from fish farms in New Mexico.

That’s where we came in. In May 2017, we coordinated the delivery of several fish farms from Washington to New Mexico. The load was 54 feet long, 8 feet 6 inches wide, 8 feet high, and 12,000 pounds. The farms will assist in the recovery of the Rio Grande Silvery Minnow by using a naturalized facility. The facility will provide fish with an environment similar to its natural habitat. With continued conservation support, the tide may turn for the Silvery Minnow, granting the endangered species a stronger future.

Do you have a story behind your shipment?

Let us help you tell it.

Get a Quote Now