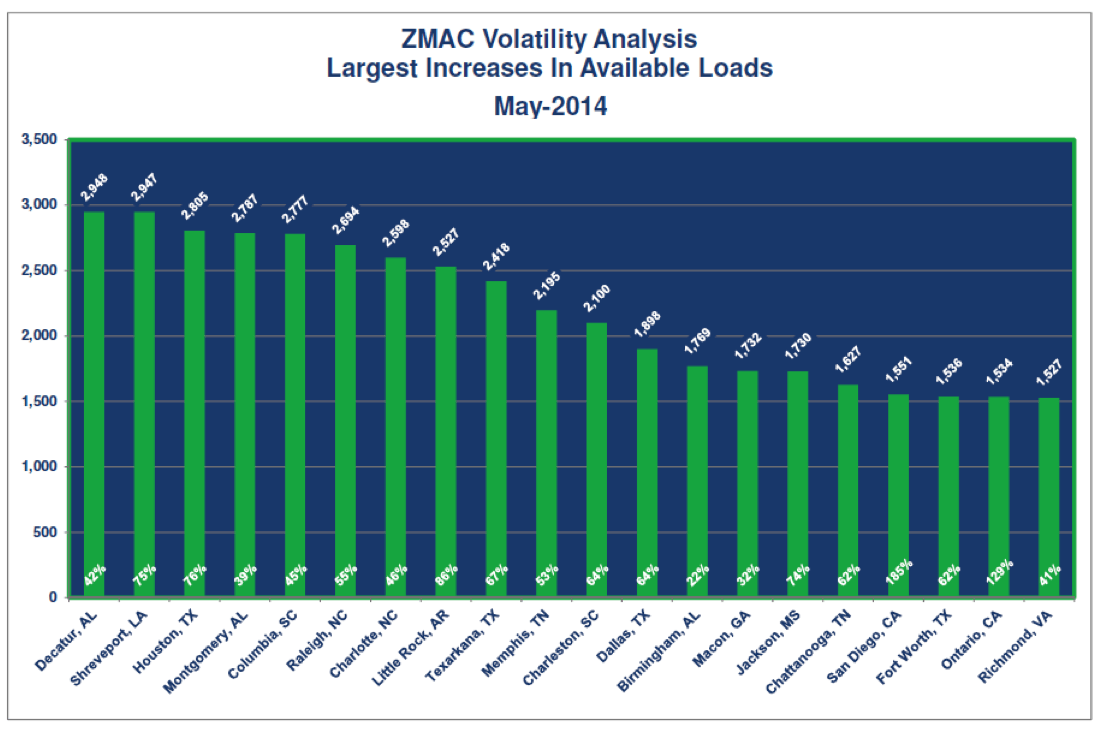 A few months ago we noted the volatility of demand in several areas across the country.  Back in March, we saw that there were at least twenty markets whose total number of available loads jumped 3,500 over their 90 day average.  Looking at the accompanying chart, you will notice that the month of May was not nearly as volatile.

While the month was not nearly as volatile as previous months, several areas did experience significant spikes in the total number of available loads.  Decatur, AL saw the greatest increase in May.  At one point, the Decatur, AL area experienced an increase of 42% over their 90 day average number of available loads; a jump of 2,948 total loads.  Areas of the Gulf Coast and South Atlantic comprise many of the top gainers in May.