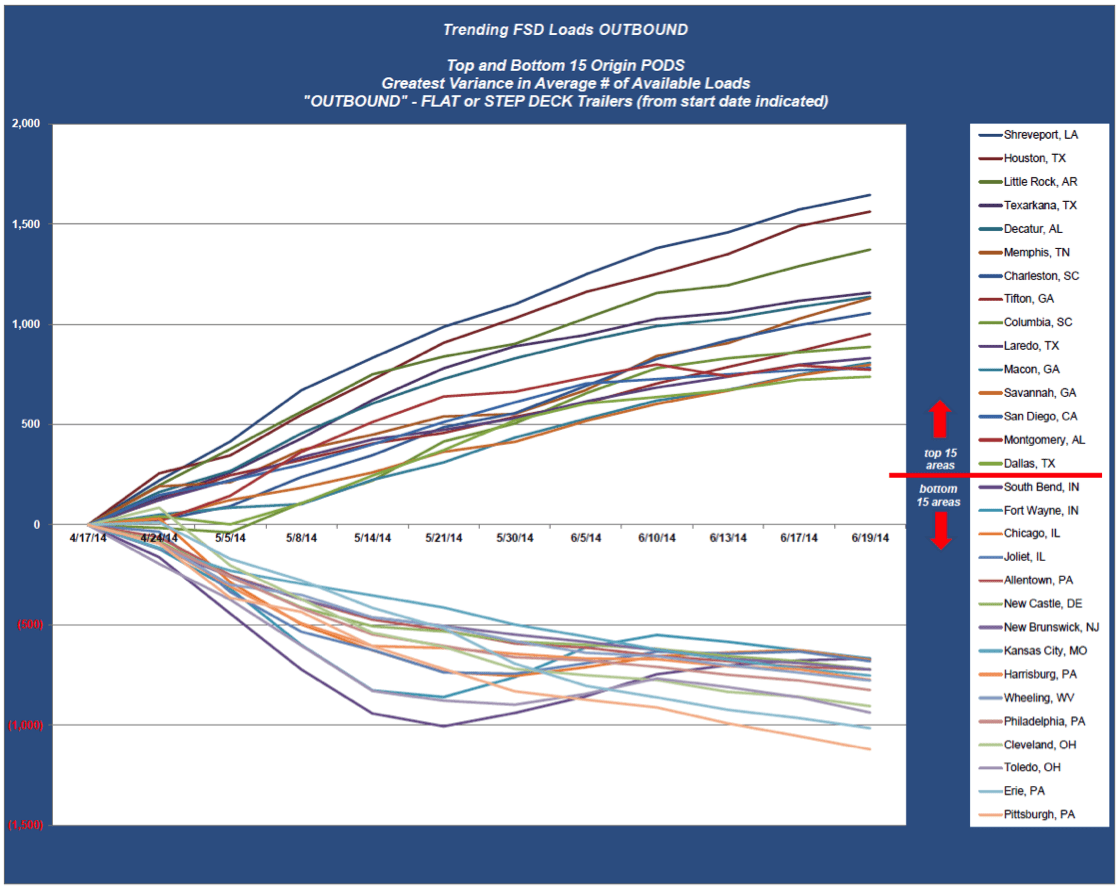 The month of June started with a sharp rise in the number of available loads, slightly eclipsing the highest level for the year seen at the end of March.  However, the rise was short lived as available loads have slowly dropped the remaining days of the month.

ZMac Transportation examines outbound load trends as a tool to improve pricing and customer service.  The accompanying chart shows that the Southeast and Texas areas have the greatest increases in their 90-day available load average.  The Great Lakes areas have experienced significant declines the past two months, which is in contrast to the first few months of the year where they had the largest increases in the number of available loads.