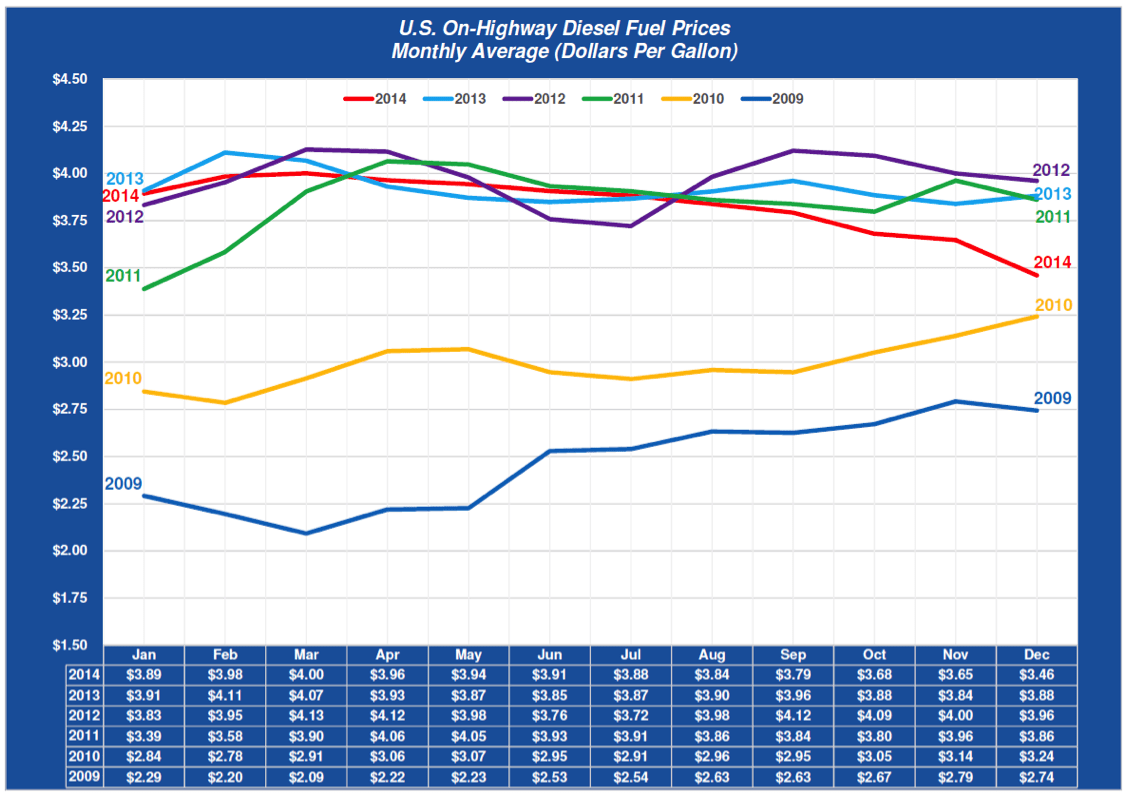 Over the past few months, diesel fuel costs have fallen quite significantly, much like gasoline prices. In fact, the Department of Energy reported on December 22nd that the price per gallon of diesel fuel dropped to its lowest level in four years. The accompanying chart details the monthly average cost of diesel fuel since 2009. You will notice that the cost of diesel has been greater than $3.50/gallon since February 2011. Of no coincidence, the EPA mandated that effective December 2010, all diesel fuel sold in the United States must be ultra-low sulfur diesel (ULSD).

Looking forward to 2015, the next wave of MARPOL Annex VI emission reduction requirements become effective in January. MARPOL is the International Convention for the Prevention of Pollution from Ships. These regulations will require shipping vessels in emission control areas to switch from heavy fuel oil to low sulfur fuel. These requirements apply to vessels operating in U.S. waters as well as ships operating within 200 nautical miles of the coast of North America. While it’s difficult to determine the impact of these regulations, the shift in demand may cause escalating diesel prices even in an environment of declining global oil markets.