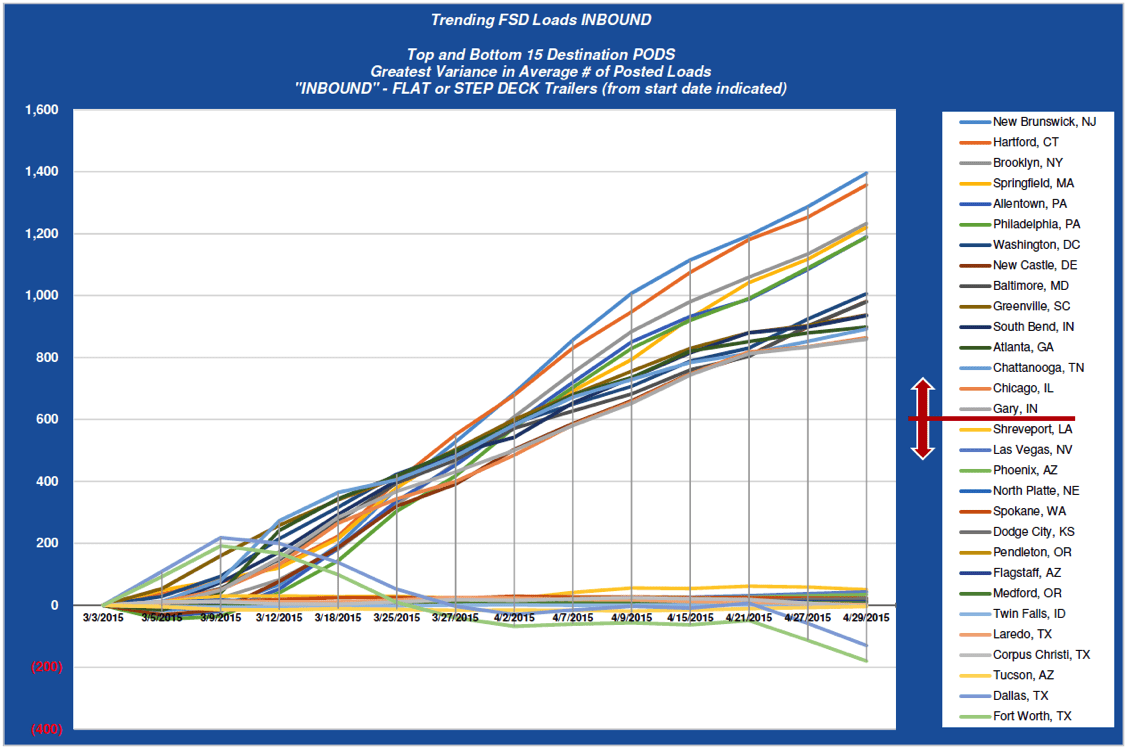 Although volume is down this year to date, the northeast part of the country has experienced considerable gains recently for inbound traffic.  The accompanying chart reflects the variance in number of available inbound loads for the past two months from their 90-day average.  You’ll see that northeast areas populate the inbound trending leaders.  Interestingly, the Dallas and Fort Worth areas are the biggest decliners the past two months.  Overall, only four areas had their average drop over this time period.   While the lack of any appreciable gains for many of the areas in the bottom 15 can be attributed to the low average of inbound traffic throughout the year, both Dallas and Fort Worth average at least 10 times the amount of traffic as any of the other areas (with the exception of Shreveport, LA).